Would you like a 500-times return on your money? 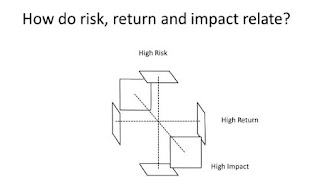 QUESTION:  I read the previous column about Jonathan Gartner and his excitement about impact investing. Isn’t philanthropy the best way to help people?  I have heard that impact investing yields a low financial return. Why should I be interested in it? . . .  Sam in Montecito

Certainly, philanthropy is vitally important to our welfare at the community, county, state and federal levels. In a recent meeting at the Community Environmental Council, it was noted that 25% of all jobs in California are in the non-profit sector.

That is a remarkable number. They help with everything from substance abuse, animal welfare, art and cultural activities, after school programs, the needs of seniors and the aging, minority and women’s rights, environmental issues, homelessness, food, health, to mention just a few. To address your questions, I would like to break it into two parts and then give an example.

First a disclaimer. Clearly, non-profits do an enormous amount of good. Just look at the partial list above. We would have little art, starving people and every other kind of social ill without them. That is not the question.
The question should be, “Is the philanthropic non-profit model always the most effective way to produce social change?”
It certainly is not the only model. Government is involved in dealing with many of the same problems and has a vast array of programs directed at the same targets. But most non-profits are only a month away from running out of money. They often are limited in their ability to produce prolonged change by, among other things, their lack of resources. In the paradigm of “give them a fish, teach them to fish and finally change the fishing industry,” most are closer to the “give them a fish” model. Given their focus and resources, they have little choice. But what if there were an organization that made money while addressing social needs?
Then it would not need to raise new money every year. If it were profitable, it could build on its successes, be able to broaden its reach, and attack the problem in a much more expansive way.

Childhood obesity in America is a great example. It has become a national problem.  Kirsten Saenz Tobey and Kristin Groos Richmond were concerned about this problem and the way it hinders learning, so they set out on a mission to change the way students are fed by creating Revolution Foods. It became a national company that provided healthy food to schools. And it made a profit doing so. How much money would have to have been donated to create that change? And they did it without increasing the school lunch cost. Clearly, there are more ways of producing social good beyond traditional non-profit philanthropy.

Now on to the second question: “Isn’t impact investing just a low return way of investing?”
There are three dimensions to impact investing. Since all impact investments are designed to create social good, they have to measure their IMPACT, which is the first dimension.

What is Apeel Sciences & what is its product line?

Apeel Sciences is a company based in Goleta, California whose edible plant-derived coating product Edipeel can reportedly enable produce – avocados and other types of fruit and vegetables – to stay fresh two to three times longer, which promotes more sustainable growing practices, better quality food, and less food waste for everyone.
For growers, suppliers, and retailers, Apeel is the only post-harvest solution that creates an optimal microclimate inside of every piece of produce, which leads to extended shelf life and transportability without requiring refrigeration, controlled atmosphere, or preservatives.

Apeel was founded in 2012 by James Rogers, after receiving a $100,000 grant from the Bill and Melinda Gates Foundation, to help reduce post-harvest food waste in developing countries that lacked a refrigeration infrastructure. The company is fighting the global food waste crisis by utilizing nature’s approach to preventing waste in the first place — a sustainable approach to the world’s growing food demands.

“In America, food waste is not only a sustainability issue–it’s a massive economic black hole,” according to Fast Company’s Assistant Editor Eillie Amzilotti, who covers sustainability, social good, and alternative economics. “Each year, people in the U.S. throw away an average of 400 pounds per person, and retailers lose a combined $18 billion per year on tossed produce (globally, food waste accounts for $1.2 trillion down the drain). Through its rapidly scaling partnerships, Apeel is working to position itself as one facet of the solution to this problem.”

Additionally, beyond extending food life, the company has also produced local jobs which benefit our community.

I truly believe that a commitment by Santa Barbarians to further the cause of impact investing will have a transformative effect on our community. It will help us address many of our social ills in a more effective, cost-effective manner while helping the community economically.

So, Sam, no, I don’t believe that non-profit philanthropy is always the best way to create social good and/or that impact investing will always provide a low return. There are too many examples in the world these days that prove otherwise.
Thank you for your question. 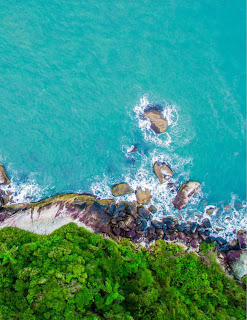 QUESTION: Dear Dr. Brill. I have appreciated much of what you have written. I understand that you are interested in what produces change. With the crises in our ocean, could you say something about that? . . . Marlene in Carpinteria Thank you, Marlene. I thought I would try to answer your question in a different way—by telling you a story of a journey. Many people know the work of author Joseph Campbell. He described myths and an important one was “the hero’s journey”. A hero’s journey is one that starts with an adventure, intended or not, where the person goes through a series of experiences that transform them into a hero. In this column the hero is a woman—it is a heroine’s journey. Laura Francis is a fit, attractive, energetic brunette, with sparking eyes and a warm heart, who does yoga every day. She lived all over the country as a child, moving seven times. At age 11, she had an inspiring experience that shaped her life. A wonderful teacher in Santa Barbara took h
Read more 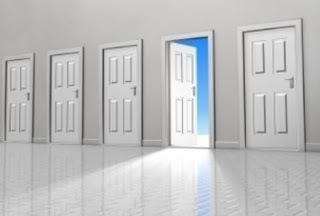